A remedy for waste in Sri Lanka?

As developing cities grow, so does the production of waste and Colombo is no different – generating around 600 – 800 tonnes of it per day. What cities actually do to manage this waste is another story. In Sri Lanka’s case, it is clearly experiencing a waste management crisis and walking around, it is quite normal to see garbage scattered along the roadside as shown in our video.

The Meethotamulla landslide which occurred in mid April 2017 was a horrific tragedy that shocked the nation and substantiates my earlier claim. This man-made disaster was caused by short and long term factors. From 2009 onwards, the Colombo Municipal Council lost permission to dump municipal waste at the Bloemendhal garbage dump.

Meethotamulla was chosen instead as a solution to the city’s waste issue. Over time however, the amount of waste grew exponentially until it actually began to ‘tower’ above settlements. It only took a short period of heavy rainfall to saturate the rotting garbage which in turn triggered a landslide; killing over 20 civilians and leaving many in a state of homelessness.

The tragedy shed light upon the repercussions of improper waste disposal and since Meethotamulla, the state has enforced ‘stricter legal measures’ and supported many new initiatives to manage the ever growing waste. Protocols have been established so degradable and non degradable is seperated. Degradable waste is then taken and converted into compost.

A phone hotline was also established for citizens to voice any concerns or if they witness any inconsistencies with the processes. 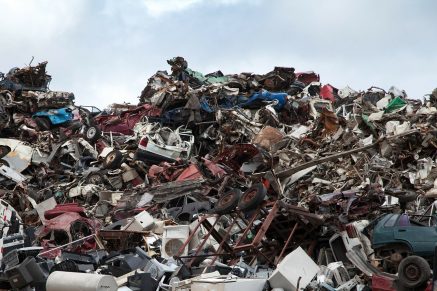 What took my sisters and my own attention however was the first ever Waste to Energy [WTE] plant to be constructed in Sri Lanka which will do just that; convert municipal waste into electrical energy for our homes. Powered by Aitken Spence and contracted by the China Western Power Industrial Company Ltd, the construction is located in Wattala, just 40 km from Colombo, covering 10 acres of land and will be completed in early 2020.

When we arrived we were given a tour of the plant and the processes were explained.

This process will aim to convert 600-800 tonnes of waste into 10 MW of energy per day. We were told this is the equivalent of providing energy almost 10,000 homes!

After the site visit, we left feeling truly inspired. The concept of processing waste into energy is an impressive one and at first glance it appears to be a remedy to manage the cities municipal waste problem. Upon having conducted some research, it is clear WTE are a very  efficient way to combat waste, having been implemented in many developed countries worldwide.

The waste does not need to be sorted and emissions levels are controlled thanks to the flue gas treatment process. Any by products created such as bottom ash [from the incineration process] can be used to make pavement bricks. What’s more, with scarce urban land becoming scarcer, land filling is clearly an unsustainable way of managing the thousand tonnes of waste generated per day in Colombo.

It is important however to acknowledge WTE plant disadvantages. As mentioned beforehand, by products such as acidic pollutants  SO2, SO3 and HCl are created during this process. These are highly toxic in nature and can contaminate the environment if not treated well. They require heavy investments and have high operating costs requiring skilled staff due to its complexity.

In addition, one must consider whether WTE plants are actually just our ‘second best solution’, the first being recycling and waste reduction. Whilst it is a practical way to eliminate masses of municipal waste, there should be a greater focus on initiatives to teach us how things we merely toss away can actually be repurposed and transforming them to function as something else. According to the Sri Lanka Association of Recyclers, there are simply no enforced standards on garbage separation at the point of collection in the country.

What do you think about WTE plants? Do you really think they are our second best option?

Or the best we have right now? Let us know about your opinion, have your say and join the forum on UNLOCKED.

Hena and Ria Roma Sharma
26 August 2019
Hena Sharma is a freelance journalist and recent graduate in History from University College London (UCL). She has written pieces for SAVAGE magazine and MODO Magazine on topics such as the 2016 terrorist attack in Dhaka and sustainable fashion. Her academic research focusses on marginalised people with her dissertation highlighting the experiences of Indo-Caribbeans Windrush migrants. Currently she is young contributor to UNLOCKED.lk with the intention to bring to light some of the issues facing Sri Lanka in an engaging manner. She hopes to work as a journalist in the future, continuing to bring under-reported stories to mainstream attention. 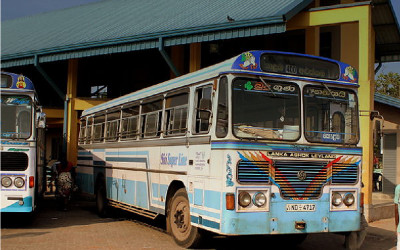