Sri Lanka’s Urban Sprawl Has to Change. Here’s why and how

Urban sprawl is the unregulated and rapid expansion of an urban setting that spills over its usual borders into undeveloped land – a complex pattern of not just land use, but also transportation patterns and social and economic development. This phenomenon manifests with a large portion of the population living in several disconnected areas of urban land and practically rises from the need to accommodate a rising urban population. With very few benefits that only target the suburban rich at best, the cost of urban sprawl has become a rallying cry for better sustainable urban planning in an era of climate change and rising environmental pollution. For these reasons, the urban planning concept of compact cities has garnered much attention in the recent past as a viable and eco-friendly alternative to sprawl. We look at its benefits through a sustainability perspective and assess how it can be implemented in Sri Lanka.

The benefits of sprawl can only be summed up to a handful of incidental conveniences. Those who prefer large single detached housing, for instance, migrate to cheaper suburbs to easily achieve their housing goals. Additionally, with a rise in developed transport systems and intercity networks, more people do not mind commuting long distances for work or other matters. When it comes to employment within metro areas, firms also greatly benefit through sprawl since they can split their activities between headquarters and production plants. Supermarkets and mega one-stop shops that require large physical spaces and mega parking lots are also disproportionately located in suburbs and rural areas where land is cheap. Then arises the question of public safety. Would the suburban rich be safer from crimes due to sprawl? Although there is little evidence to justify this assumption, it could be said that if criminals have less access to cars, then physical distance from the urban poor would reduce criminal activity among the suburban rich. 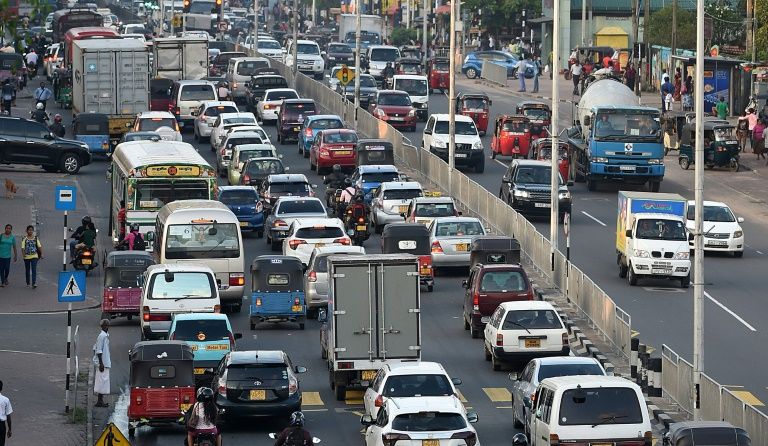 However, the downsides of urban sprawl far outweigh its benefits. For the first time in history, there are more humans living in urban areas instead of farmlands and the countryside. A statistic by The Guardian shows that the current global urban population stands at 3.9 billion and is expected to rise to 6.34 billion by 2050- a disturbing trend. We are already using more of the Earth’s resources than we can replace and an increase in urban sprawl does very little for sustainability. The disadvantages of urban sprawl are largely three-fold; environmental, economic and social.

The rapid expansion of urbanization to neighboring farmlands and undeveloped land disrupts the natural environment, resulting in land loss and endangering a country’s biodiversity through the loss of habitat. Longer commute times from living in large and scattered urban land increases car dependency (thereby producing higher emissions) and increased spending on public services, which spills over as economic consequences. Urban sprawl exerts a significant amount of pressure on local public finance due to an increase in public service spending, including more highways and parking infrastructure.[1] Outward urban

expansion also leads to poor health safety, as increased vehicle emissions, crowded highways and the presence of firms result in higher air pollution per capita. Urban sprawl is not without its social consequences either. An increasing trend in social barriers have been observed due to sprawl, divided along class and racial lines. An increase in population density has also been linked to anti-social behaviour and an uncaring community atmosphere.

Urban development in Sri Lanka has arguably taken on a continuous haphazard and ad-hoc character. Studies show that 25% of the Sri Lankan population live in urban areas and this number is expected to rise to 65% by 2030.[2] With predictions of this nature, urban sprawl is a problem that we can no longer brush under the carpet. Further, the Western Province remains one of the most densely populated areas in Sri Lanka. Despite covering 369,420 hectares of land and making up for a mere 6% of total land extent of the country, the Western Province carries 5.8 million (over one fourth of the total population), according to the Urban Development Authority. The rapid urbanization that takes place, especially outside municipal council boundaries is a reason for concern owing to the fact that this phenomenon dissuades inclusive, safe and sustainable cities.[3]

It is worth noting that low density urban sprawl, “ribbon development” (building houses along a main road) and internal migration due to population growth have been identified as challenges in the Government’s Public Investment Programme 2017-2020. With regard to housing, rapid urbanization has also been identified as a factor inducing competition for affordable houses in urban areas. A key strategy to address this issue is to liberate unutilized and underutilized state lands to build houses in urban and semi-urban areas. Further, the policy direction in addressing existing unplanned and haphazardly developed cities is redesigning them as “large urban centers to facilitate the improvement of investment [and business] climate.”[4] The Western Megalopolis Plan mentioned therein and its effects on sprawl are also yet to be determined.

We spoke to Dr. Fareena Ruzaik, Senior Lecturer at the Department of Geography of the University of Colombo and Secretary of the Sri Lanka Associ

ation of Geographers (SLAG) who pointed to the environmental impact of sprawl and the need to have a shift in attitudes among the public. She stated that “unplanned human activity causes many health problems, especially water-borne, air-borne and vector-borne diseases because the citizens’ health has to be protected at all costs. We continue to misuse our natural resources and exploit valuable assets such as wetlands. It is important to identify root causes, educate the public and ensure that top-level entities are eco-conscious and are able to implement effective short, medium and long-term solutions.” Urban sprawl continues to destroy wetlands in suburbs, especially areas like Diyawanna, Attidiya and Muthurajawela. As cities expand and swallow up existing rural areas, wetlands- a valuable resource that regulates the micro climate, are exploited and this results in increased urban heat and flooding during rainy seasons.

In addition to a rapid rise in population growth with a high concentration in the Colombo district, Sri Lanka also has a floating population (a group of people who frequently move from place to place) of over 500, 000 habitants. Dr. Ruzaik commented on how this trend also leads to challenges in managing an increasing rate of solid waste and the need for decentralization in addressing sprawl.

Another study indicates how the local culture of having “my own house” plays out despite national and regional urban developments. Since land in the main Colombo metropolitan area is expensive, residents often move to peri-urban areas for house ownership. Evidence of this sprawling residential development is seen through some visible changes in vegetation cover in areas like Homagama and Kalutara.[5] Not only have there been inadequate suburbanization strategies, but this phenomenon creates monotonous and dispersed residential development at the cost of our valuable natural resources

The urban planning concept of compact cities has garnered popularity over the last few years as a sustainable, resilient, safe and inclusive solution to the rising problem of urban sprawl. The smart growth movement is one such venture that adheres to principles of mixed land use, walkable neighborhoods with diverse housing opportunities, preserving open spaces and conserving farmlands, sustainable and cost-effective development and a compact building design. Further, a compact city would have efficient public transit services, a pedestrian-friendly locality and utilities, infrastructure as well as public services would be more efficient and less expensive. With regard to its effect on rural areas, smart growth would sharply ease development pressures that are presently exerted on farms and forests.

Compact cities can greatly benefit the economy. With mixed land use at its core, local employment is encouraged thereby promoting sustainability of the domestic economy. This can only be well executed if businesses are in close proximity due to high density population, which is exactly what a compact city would encompass.

Essentially, what sets this concept apart from other urban planning designs is that it incorporates all areas of public and private life including residential, commercial, institutional and corporate sectors together with an effective public transport system. The end product? A

well-organized city with both social and financial capital along with a happy, healthy and self-sufficient community where all basic needs can be met within a walking distance.

However, shifting to a new urban planning model is never an easy task. There are many socio-economic factors to consider. Commenting on the Sri Lankan context, Anuradha Senanayake, Attorney-at-Law and Lecturer at the Department of Sociology of the University of Colombo states that “in an era of sustainable development, concepts such as smart cities have emerged but it is vital to formulate a well-planned governing structure to put these concepts into action. While encouraging civic engagement to ensure that the voices of the ones who are affected by urbanization are also heard. When considering ‘compact cities’ as a solution to the issues we face due to urban sprawl, it is vital to understand the role of the built environment in people’s day to day life and the available resources to make it a success.”

Both the state, policy makers and urban planners have a huge role to play in implementing cost-affective, sustainable, inclusive and resilient cities in order to build a promising future for our citizens. Despite its challenges, the task is a feasible one with the right commitment and collaboration between key stakeholders, urban planners and the community.

Renushi Ubeyratne
10 දෙසැම්බර් 2019
Renushi is an undergraduate, writer and climate action advocate currently pursuing a degree in International Relations at the University of Colombo. She is also a member of the Youth Peace Panel of Sri Lanka and enjoys volunteering whenever time permits. 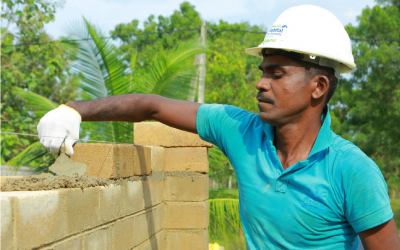